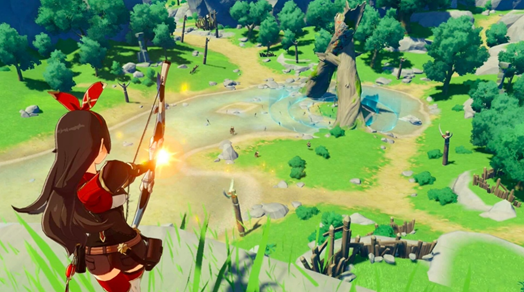 Without a doubt, gaming in general has proven to be very popular and that is proven by the amount of revenue that it brings in, one of the most successfully areas within the gaming industry are the mobile games, due to the fact that there are millions of mobile games available and majority of them are free-to-play reports have shown that the global mobile

This is primarily due to the development and the fast advancement of technology we’ve seen in the recent decade. However, it’s not just mobile games and gaming consoles that are adapting these technologies within their system, other businesses and sectors are starting to implement these new technologies within their business model, like for example, the online gambling industry, because many users are playing games within the website in order to potentially win money, these gaming casinos must be provide the best and realistic gameplay possible, some gaming casinos enable their members to play traditional casino type games like roulette, poker, blackjack etc via virtual reality headsets, from this, players can have the upmost and lifelike experience, if you own a VR headset and would like to try VR casino gaming for yourself then we have many online international casinos that can be found here.

Furthermore, in this article we will give you the best and recommend free-to-play games that you can play on your android device.

Genshin Impact is a popular free-to-play game that is available on the app store, it is a role-playing action game that is very fast pace. If you also like open-world games that this is going to sound perfect for you, within this game, you can play in a group of 4 characters that can be changed at any given time, you can switch between character quickly making it possible to make various attack combinations during your fights. This game was released in September 2020 and has remained one of the top 10 games for a year on the android app store.

Legends of Runeterra is also a highly addictive free-to-play game that is very similar to another popular game Hearthstone. Runeterra was published on the android app store in April 2020 and to this day it is still being talked about and is still trending on the application store. The aim of the game is simple: players collect cards and heroes, then assemble decks with their cards and heroes. Once you have formed your deck of cards you can play against other players online. The gameplay is considered fun, and you can play against friends and try to collect all 24 champions.