What’s PHP for Web Development, and why should you use it? 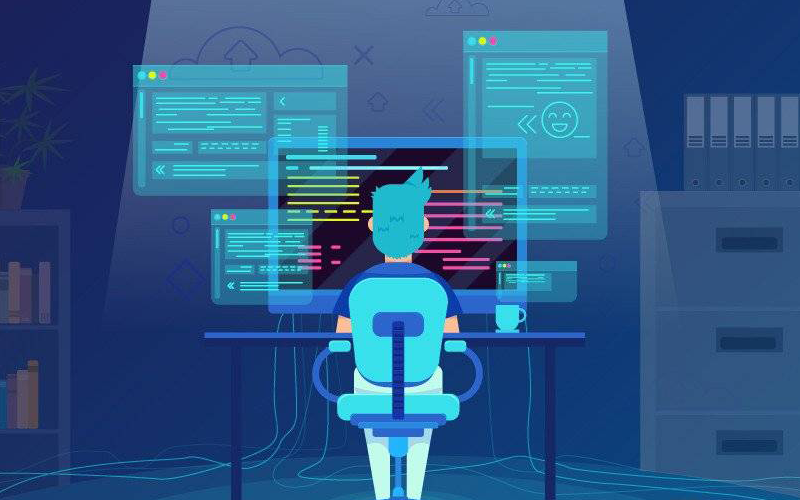 PHP web development is a popular and widely-used technique for building dynamic websites. The PHP programming language is open-source, which means that it is free to use and can be modified to meet the specific needs of your project. This makes it a cost-effective option for businesses of all sizes. PHP is also easy to learn, making it a great choice for beginners. Additionally, it’s widely supported by web hosting providers and web servers, which means that it can be used on a wide variety of platforms. With PHP, developers can create interactive and responsive websites that can handle large amounts of traffic and data. PHP web development is a powerful tool for building high-performing, feature-rich websites that can help businesses increase their online visibility and reach more customers.

PHP is a language that can connect to databases and browsers. It’s popular for its versatility because it has many uses outside of what most other languages are for.

What tools does PHP use?

Most PHP utilities are free and readily available. Most of them also come with tutorials, documentation, and many examples to help teach you how they work and how they can help you implement them into your own workflow.

How can PHP help you?

For a long time, it has been common to see the question “Is PHP dead?” alongside competitors such as Javascript. PHP’s dominance has been proven over many years, giving it the title of a long-lasting web technology. It can’t be stopped.

PHP is an older programming language that has a lot of people converting over to other languages like Python, Java, or Ruby. It’s well-supported and easy to use but might still be lacking some features compared to newer languages.

PHP developers have access to powerful frameworks, databases, and libraries to support their work with the flexibility to set up on any Linux, Windows, or Unix OS. Most web hosting providers offer PHP, and when it comes to cost, the language often leaves competitors in the dust. As an efficient language that can deliver high-performance times on demand, PHP is an obvious choice for many businesses.

PHP is an important tool for website development. It’s often used in conjunction with CMS programs and add-ons to create dynamic, interactive, and feature-rich online experiences with ease and simplicity.

If you are looking for a language that is easy to use and allows developers to create applications or eCommerce stores with ease, then PHP is your go-to. It’s a simple, but robust language.

No matter what PHP version you’re using, it will always get faster over time. The most recent release, PHP 8.0 – which includes a JIT compiler – already tops previous performance gains in all of the 7. X releases

Some examples of PHP in action

PHP can be used to create websites, apps, and eCommerce platforms like Shopify. PHP is great for traditional web tasks such as generating dynamic web pages, sending emails, collecting forms, and managing cookies. As PHP is often used for building websites, it can be a good place to start if you want developments in your website like creating custom web applications, developing a CMS for your business, or just tweaking aspects of a website to make it look better.

Use PHP to provide a robust experience that will strengthen your company’s brand-customer relationships and make it more competitive.

Facebook has 2.45 billion monthly active users, which is why they use their own version of PHP called HipHop Virtual Machine (HHVM). This has resulted in updates becoming more abundant and companies now using PHP.

Wikipedia is updated and tracked in real-time, so users can rest assured they’ll get the most up-to-date information possible. With a rate of 1.9 edits per second and 594 new articles per day, it isn’t surprising that PHP was chosen as its development language, giving Wikipedia redoubtable stability.

MailChimp is the world’s largest email platform with 60.5% of the industry and 12 million customers in total.

Since 2002, Yahoo’s web platform has been built on the PHP language and it adapted to a lot of changes in the industry and brought down costs by embracing open-source systems such as PHP

As the demand for web and print graphics has increased, so too has Canva’s popularity. They have been a successful product in the relevant industry with 10 million users in 179 countries worldwide.

Slack is a highly popular web property, recently sold out to Salesforce for $27.7 billion. Its server-side application logic in PHP has been known to be one of Slack’s strengths.

PHP and the LAMP Stack

A”LAMP” stack is composed of open-source software. It includes PHP and the necessary tools for website development.

Linux is an operating system that has many different versions, such as Apache and MySQL and your programming language. Each one of them is considered an important tool for a web server to run.

Although the components in LAMP and other similar stacks are interchangeable for web development purposes, PHP is still the most popular of them all. MEAN is only well suited for some projects, but it has been growing in popularity with a significant rise in scalability and performance.

PHP is an amicable language and can be easy to get up and running. With many remarkable PHP frameworks and CMS platforms that are out there, you’ll be able to build a quality web application with ease. Unfortunately, many of the bad examples out there detract from the image of PHP. PHP is a solid language for many companies and should not be written off.

You need to provide your customers with a fast, intuitive, and feature-rich experience.

Why use PHP IDEs?

A PHP IDE is more like a personal computer program for PHP development. It helps you with syntax highlighting, code auto-complete, and other tools that are often used by professional developers. Your best bet is to find an IDE that has all of these features plus others in its arsenal which will help to increase your productivity and make development easier in the long run: ready-made code templates are a great option if you’re just getting started with all the fancy options on offer.

So, if you want to achieve better coding, programming, or game dev, most productivity around software development should be done in an IDE. Choosing the best IDE is difficult because it’s hard to choose between many options. So this can be a time-consuming process but with the right choice, you’ll reap the benefits by being able to write faster and make fewer mistakes.