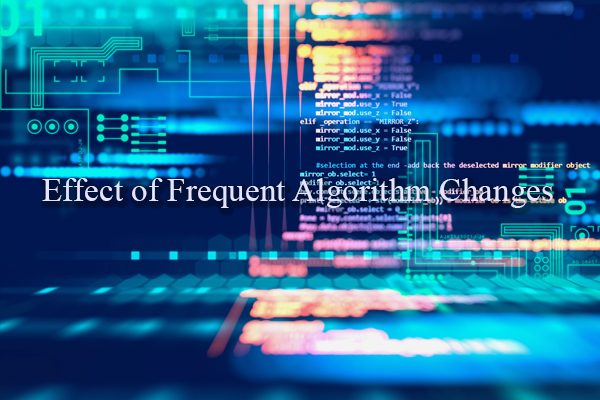 It is experienced that popular Google constantly updates their page rank algorithms. Moreover some small Google algorithm updates occur virtually every day. And it has led many particularly those who run eCommerce enterprises and many wonder the type of hiccup regular algorithm modifications bring to their online businesses.

Actually these Google algorithms are complex programs that primarily determine how content, websites, and results show up when a user types a search query. Few minor updates go unnoticed whereas others have big impact on online marketers and SEO content.

This was actually launched in February 2011 to remove websites with duplicate or plagiarized content.

Algorithm Penguin qualitatively appeared in the year 2012. The update sifted sites that had backlinks to spam and irrelevant sites.

This algorithm was released during in August 2001 to remove irrelevant content.

This key update appeared in 2014. This algorithm updated top searches to appear according to the location of the user and address.

This specifically improved on the Pigeon update.

During March 2017, the Google Fred update was posted. Google Fred seeks to remove low-quality websites that did not offer adequate information or content.

It is the latest major update that Google launched on August 1, 2018. It actually affected health and wellness sites. They have focused on the quality of information.

However, if you are posting quality content, Google updates will not cause a major change in the ranking of your sites. Focus on always producing relevant content, add credible links and avoid stuffing. If your business is looking for App Marketing, Digital Marketing, Mobile App Reviews, SEO Services, Bitcoin Exchange Script, HYIP Script, Cryptocurrency Exchange Script, Quality Content Management don’t be afraid to enlist extra help from GegoSoft.