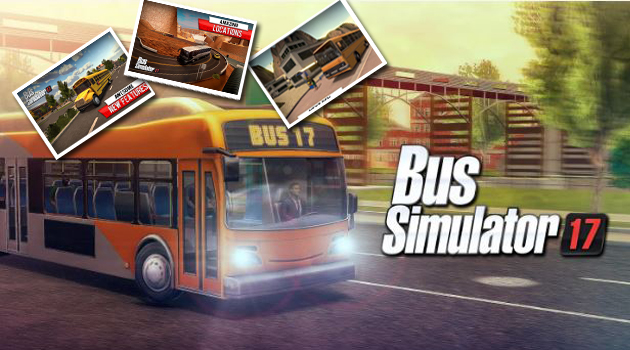 The latest Android based smartphones have emerged on the scene with high-end specs that is enabling the app and game developers to develop exceptional mobile games and applications for the users. It is hard to see an Android phone without a few games installed that the users usually download from the Google Play Store. Gaming is there right from the day one of the cell phone emergence, but it is getting better and better with every passing day. Bus Simulator is one of the top rated games these days that an Android user can download and play on his Android-based Smartphone. The Bus Simulator is a game for the people who just love to drive on the city streets. It is a simulation game with realistic environments and the bus vehicles looks well detailed. To offer a realistic driving experience, the developers have created the complex interiors too. So, if you want to feel like driving a bus in a real environment, then the concept from the developers is perfectly for you. When we look at the user reviews at the Play Store, we can say that the game is getting a great recognition from anyone who has downloaded and experienced it. The rating based on the user reviews is 4.5, which is quite high. However, there are some users who have also reported some crashes, while playing the game, but it can probably be the issues with their Smartphone hardware. Overall, the user experience is brilliant for the Bus Simulator.

The user interface of the game is very clean and simple and the user will not have to struggle at all to understand the features of the game. The realistic cities are divided in the zones (Countryside, Industrial, Suburban and Central). The open/close buttons, mirrors, exceptional weather conditions, realistic visual damages, detailed interiors, and other features make the game really stunning. Overall, the layout of the game features is designed in a simple manner so that every user can play it without any difficulty.