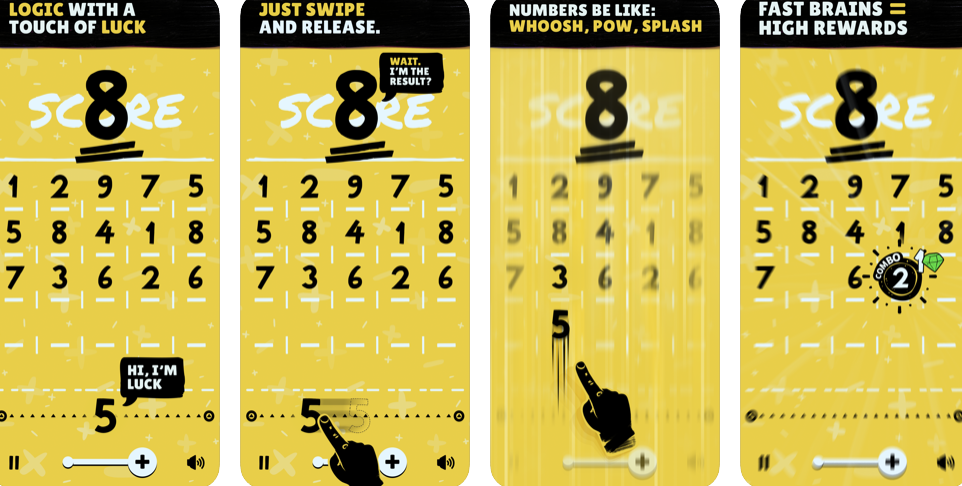 Do you love mathematics? Is it a joke that I asked you? It’s a subject which is mostly unliked by the kids and they are scared of it. But it never forgets you! You will meet your old nemesis today, which you always hoped to forget. Yes, but in a fun way! Lucky Logic is a new puzzle game or you can call it a chill math game played with a touch of luck. If you have ever played Sudoku in your whole life, then you’ll will definitely understand this game.

Lucky Logic-Lulo and chill has been developed by Alexander Budau. Once you’ve installed the game, you can start playing at once. It only features numbers from 1 to 9 and contains simple plus and minus arithmetic logics. Lulo is an indie free game where you need to use logic and luck to relax. It’s not an another Sudoku clone, but it still can give you the combined challenge of math and logic. This puzzle game goes on infinitely.

The main goal is to calculate the correct result using maths as well as logic. It’s the big underlined number on the top which changes after some moves. The bottom number can be swiped in both directions, upwards as well as downwards, like elementary maths. The game number is the only element that can be moved and a new number is generated on its original position after every move. This is the luck part. There are so many other things that you’ll get to know while playing this game. For example- plus and minus concept, lowest and highest number, playing field and chill numbers, gems, skins, combo, etc.

The playing field consists of a grid of 5×5 tiles. There are chill numbers on it which are generated at the beginning of each round randomly. If you clear the entire field, you receive a gem reward and three new rows of chill numbers are generated again. You can earn gems by using your logic and math game.

The interface and the designing of the app is quite amazing. You can also change the look of the game by activating so-called 20 skins via the menu for an individual gem sum. The game should not look boring! Overall, the puzzle is brilliant. I really loved it and will also love maths from now onwards. You can give your brain an exercise, challenge it and relax it as well. You will have a great experience playing LULO.

Lucky Logic has been compatible with the iOS 10.0 or later versions  your iPhone, iPad and iPod touch. It’s an updated version the app. There were so many ads in this app earlier but, now there is an option added to remove ads temporarily by using gems. The app is available on the iTunes Store for absolutely free of cost!

So grab it now and play while having fun with Lulo!