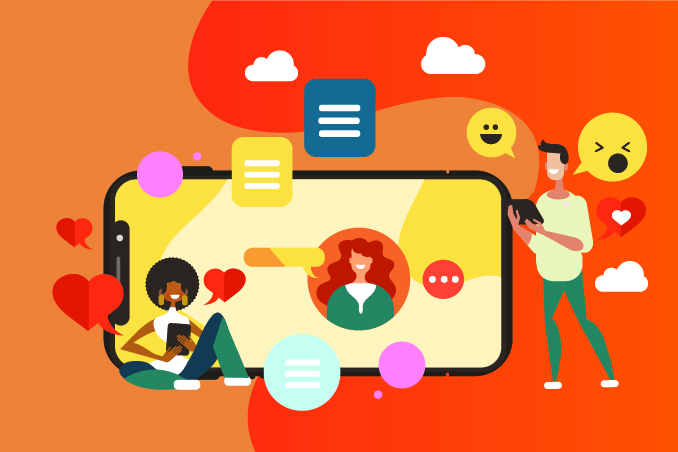 Social media sites and chat applications are the two platforms where a majority of smartphone users first turn to when opening their device. Studies and research suggest more than half of all the smartphone sessions begin with chat applications and social media sites as soon as the users unlock their cell phone. Furthermore, only 5% of the smartphone activities start with the entertainment applications and roughly 4% of the iOS and Android users first open gaming sites and apps after unlocking their device. This is pretty surprising as smartphone casino and other mobile games accounted for approximately 82% of the total global application revenue generated in 2017.

Now the question is, how exactly does social media draw the attention of smartphone users? Why most of the people consider checking their Instagram, Twitter, Facebook, LinkedIn, Snapchat, and other social media applications first?

Gone are the days when the use of social media sites was limited to chatting with friends and connecting with people based in different corners of the world. Today, it can be used for a variety of purposes. Yes, you read it right! Social media and chat apps are extensively used for brand promotion and advertisement. Companies do not miss out on a single opportunity of connecting with their audience and spreading the brand’s awareness. Social media sites have billion of active users. People can get all the latest or viral news from social media. You no more need to watch the news or read newspapers to know what is going on around the world. From the film industry to politics to fashion to technical gadgets, users can find all types of news on one platform.

Research suggests approximately 16% of the user’s smartphones have a web browser, Chrome, and Internet Explorer and etc as the second application was launched. There is about 10% of mobile sessions that start utilities as well as tool applications as their third task.

If you compare the mobile gaming users’ growth of 2016 with 2017, you will find a slowed down growth of these applications.

The reports clearly suggest the importance of social media sites and chat apps in the business’s growth. It has become imperative for organizations to have a social media presence in order to ensure a successful and strong brand’s appearance.