Is your App Bottle – up? 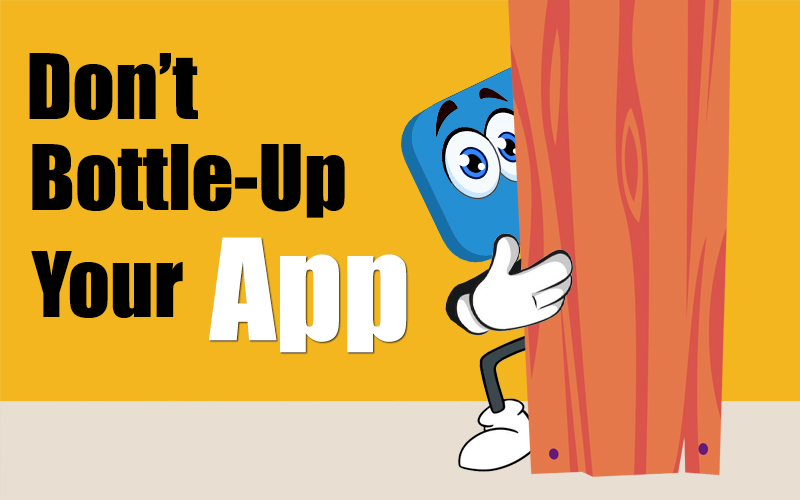 I’ll admit it I’m addicted to find new apps which benefit for global users these days, but even that requirement to get a break every now and then. For those little breaks, I like to kick back and relax with something new special app yet soothing on iPhone and Android platforms. People and developers also ask important question of is your App Bottle – up?

You could find several million apps available on App Store and Play Store combined and huge challenge faced by the app developers is, how well or quality the new app is going to be better than the existing apps on stores.

In a research if people search for any specific functionality app, they can get thousands of similar apps. The challenge for App developer does not only developing beneficial and functionality app but to have qualities which really enhance the user experience with user engagement.

In addition the Analytics have surprisingly reported that 85% – 90% of the downloaded apps are uninstalled after the first usage. The main reason being does not fulfil the global user expectations or not engaging enough to attract the user to come back again to the app. This actually leads to premature failure of numerous apps in the app stores.

Main reasons for Re-Engaging your users

It cost you high during acquisition but always they keep cherishing you benefits throughout the lifetime. So one can always keep your assets intact and avoid them from being liabilities.

The users trust that the app would add value to their lives. But if app developers are not able to engage them totally they actually go for option to another app. It means that the real cost of acquiring new users is more than the cost of retaining the existing ones.

App Developers concentrate on meeting the requirements of end user

The developers must give solution to the area of the user and it is going to help you simply connect with them. They can also communicate to the target audience what you are doing and why you are primarily developing it. The app developers can constantly build a community around it. The quality reviews from genuine users would be the best marketing for your app.

Also get more assistance from AppMarketingPlus for quality App Marketing.