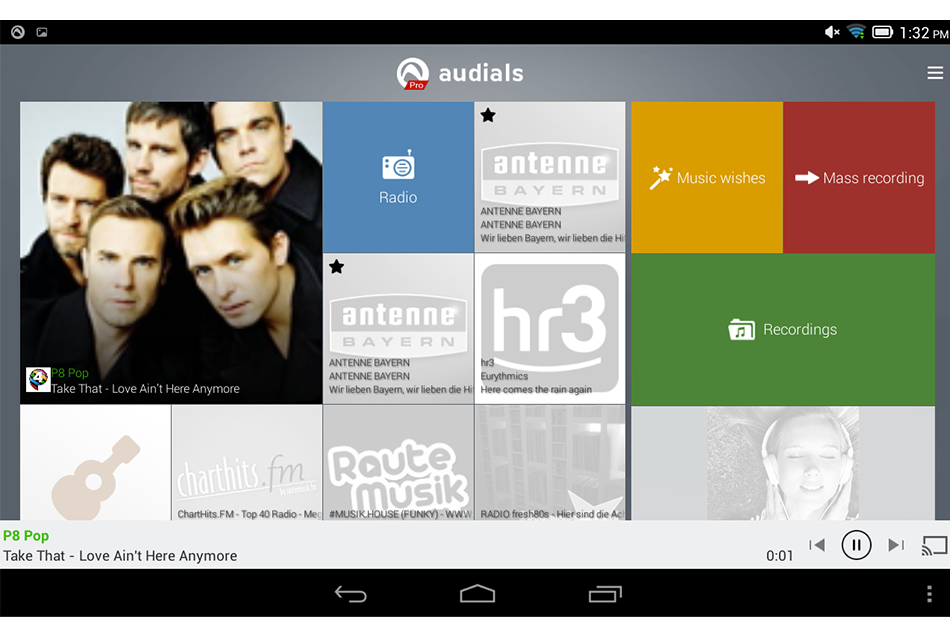 We all know there are reams and reams of Internet radio apps out there, and it does get quite frustrating to download endless apps that just don’t work – perhaps the streaming is low quality, or the radio station choices are limited, before we even think about things like the user interface and features.

Audials is quite different. Firstly, it’s not just a radio streaming app – you have the ability to record, check out news, view similar genres of music and radio stations, and even Zap! Now that’s only the radio bit of this app – there’s so much more.

The great thing about Audials features is that there isn’t a ton that people don’t even understand. Audials has chosen a few, core features that users will actually want to have such as sleep timers, alarm clocks, video gallery importing and equalizers.

There is also a big plus of being able to stream to Airplay receivers using this app, as well as on Chromecast. When you try to do this, it works perfectly on both Airplay and Chromecast – a definite hidden gem in Audials.

Features speak to ease of use such as the ability to easily record a song you are listening to on the radio works well. Such features are things we all want to use in our daily lives and it works the way we want it to.

2. Easily record a song you are listening to on the radio.

4. Integrate your everyday life into this app – use it as an alarm clock, or put a sleep timer on.

5. Adjust the quality of music with the equalizer.

7. Stream to Airplay and Chromecast.

1. Remains on through videos and phone calls. You have to switch the app off while on a phone call.

2. Sometimes when you schedule a recording, it says recording but doesn’t store a file thereafter.

3. Audials doesn’t record in mp3 format, only in aud format. This could be an issue if you want to play back the file on another device.

Well, looking at the above list of pros and cons, it’s rather safe to say that this app is a winner. With small tweaks to the recording functionality, Audials could be the best radio app thus far.

While we have only reviewed the free version here, there is also a Pro version available that has features like “music wish”, where the app searches for songs for you as they are playing.

If you want an app that feels like a classic clock radio and cassette recorder, Audials is the best bet. If you think it sounds too good to be true, take a few minutes to download it and see for yourself. It’s rather addictive, good looking and just plain down fun.

Worth Having App – Download the App – App Official Site