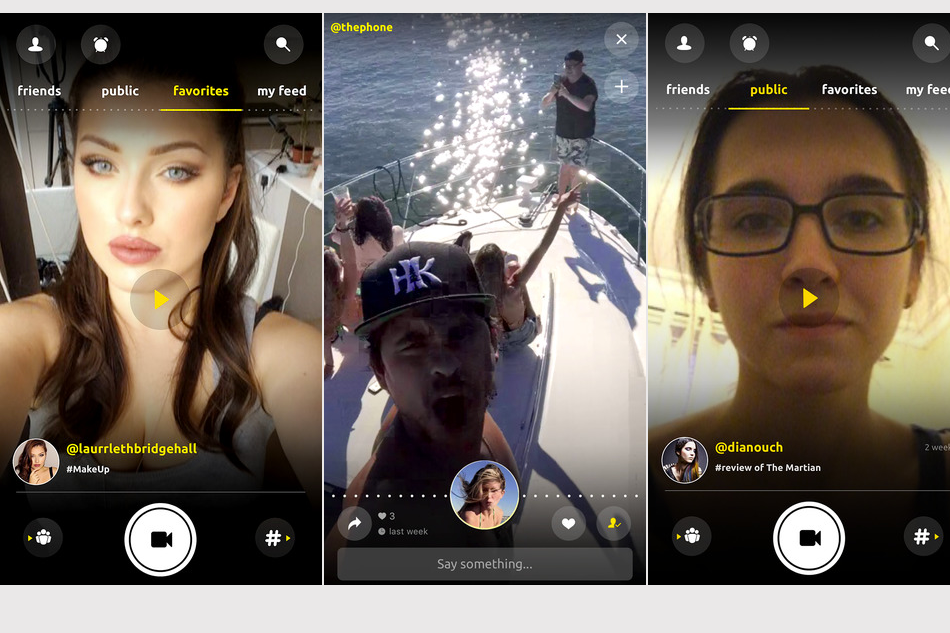 eva  has recently been released by Forbidden Technologies plc, who also happen to be the developers of Forscene, the immensely popular cloud video editor. For those of you who have not used this app yet, this is a new video social network which is compatible with all iOS devices. The primary feature of this app is that it lets you record unlimited videos and stores these videos in a cloud storage. However, there are a lot of apps for social networking in the market today and most of them have similar features. In this review, I will try to explain the features of this app to the best of my abilities and discuss what sets this app apart from all other similar social networking apps.

To begin with, the size this app occupies on the device is 81.7 MB, which is on the higher side and can be slightly problematic because the storage is not expandable on the iPhone or the iPad. Once it is downloaded however, the app is remarkably simple to use and runs smoothly. On opening it, it does not ask the user a million times to register but takes you straight to the contents, after which you are asked to register. This allows the user to check the feed and contents of the app before he registers, which is really convenient. Most social networking apps ask the user to register before they re allowed to view the content and that might lead to disappointment as the user may not be completely satisfied with the feed or the content. In this aspect, this app gets an edge over other similar apps. Moving on to the features, it has various channels, such as ‘TheBand’ and ‘RealLondon’ which lets you watch videos of your specific interest. There is a public feed and the user has the option of adding his friends to be able to view their feed and vice versa. The app also lets the user add people or channels to his favorites, which makes it more user friendly. At the heart of this app is the ‘evafeed’, a public stream of consciousness with content that is relevant to the interests of the user. As soon as the app is launched, this feed begins playing.

Overall, this app is simple and easy to use. It is user friendly and does not ruin the quality of the videos which the users upload. The videos get stored in a cloud storage which is very convenient because iOS devices have a high probability of running out on storage. The app is also free. However, the size of the app is a little on the higher side, which is the only mildly inconvenient feature of ‘Eva’. If you set that con aside, it’s a brilliant app which provides the user the best experience at video recording.

Final Verdict: If you ignore the bulky size of the app, this app is worth downloading and provides great user experience.