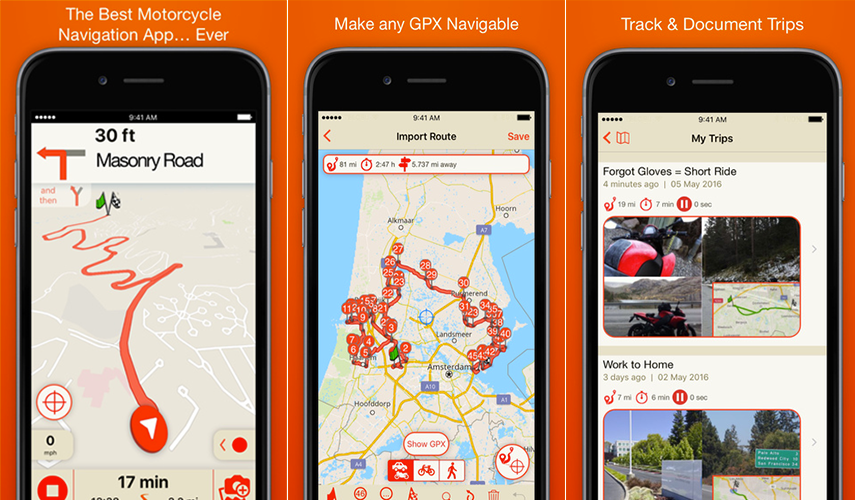 Planning to go for a tour imminently using navigable routes? This could be quite fascinating. The presence of amazing sceneries alongside the road as one ride can create a great sense of feeling and make that trip worth going. However, the problem could emanate especially if the paths cannot be properly navigated. In the past, many travelers have opted to carry maps with them in order to easily track their paths. The situation would become difficult if some location points were inaccurate and thus making it hard to follow correct routes. Interestingly, this problem has been tackled well with Scenic app which has moved a step ahead to offer accurate navigable routes that the user can follow when riding. No more hassles or getting lost! With Scenic app, the motorcyclists are fully covered while navigating on different paths.

How the Scenic app works

The app was mainly meant to target the motorcyclist although it can still work perfectly well for those who are driving cars or riding bicycle. The app is simple to manage and operate as a novice user. Actually, with its amazing display, Scenic app is able to provide the user with navigable routes that can easily help to locate different paths. It goes ahead to prove that it is unique in its formation by allowing the user to perform different tasks such as creating, registering, importing and navigating different routes with much ease. This is absolutely an app worth downloading.

Currently, the recommended devices for Scenic app include iPad, iPod Touch and iPhone. These devices have exhibited great capabilities that make them strong enough to perfectly support this amazing app. Meanwhile, the user will be required to integrate iOS 9.3 or any other operating system that has been lately introduced.

Features Included in the Scenic app

Below are some of the notable features that one will discover from the Scenic app:

Apparently, information relating to the Scenic app can be perfectly synced in different devices of the user. The user can be able to perfectly access to them using the mobile gadgets like iPhone and iPad. This is useful as the app can still operate effectively in providing navigation solution.

Make a trip into a navigable route

With the aid of the turn-by-turn feature together with voice navigation, the user can easily transform a normal trip into a navigable one using Scenic app. The user can proceed to create scenic routes from the start and ultimately develop a database that contains different established routes.

Use offline maps for navigation

This amazing app provides an option where the user can seek reference from the offline maps during the navigation process. Such offline maps can provide information that can be used to ultimately establish a navigable route to be used by the user.

A chance to export routes to GPX

While using the Scenic app, the user may end up creating unique routes and tracks from the scratch. These great routes can be later exported to GPX where they can be used as a source of reference by other travelers or motorcyclists. Besides, the user can choose to import different routes from the GPX and modify them to become navigable routes.

Scenic app has taken into account the aspect of sharing different routes and tracks with friends using the social media platform. This is an opportunity to showcase how Scenic app has aided in tracking navigable routes during a trip or a tour. Through sharing of creative ideas, this can also facilitate creation of more advanced tracks and routes.

The notable features added up include Dutch language supported, about 21 languages integrated for voice navigation, bug fixes to boost performance and export feature for tracking routes.

Check below for the Pros and Cons of the Scenic app:

· Easy to understand and implement

· Ability to create different routes and export them to GPX

Scenic app is a great tool to watch when it comes to creating navigable routes. Designed with awesome features such as amazing color schemes, high quality display, accurate location points and an intuitive interface, this clearly proves the prowess this app has shown. This indeed is a must recommend to any motorcyclist planning to go for a trip in an undulated terrain. Go for it now on App Store and get started!

Worth Having App – Download the App – Official Webpage – Official Video