Summon a huge variety of monsters & do battle in this epic idle RPG! 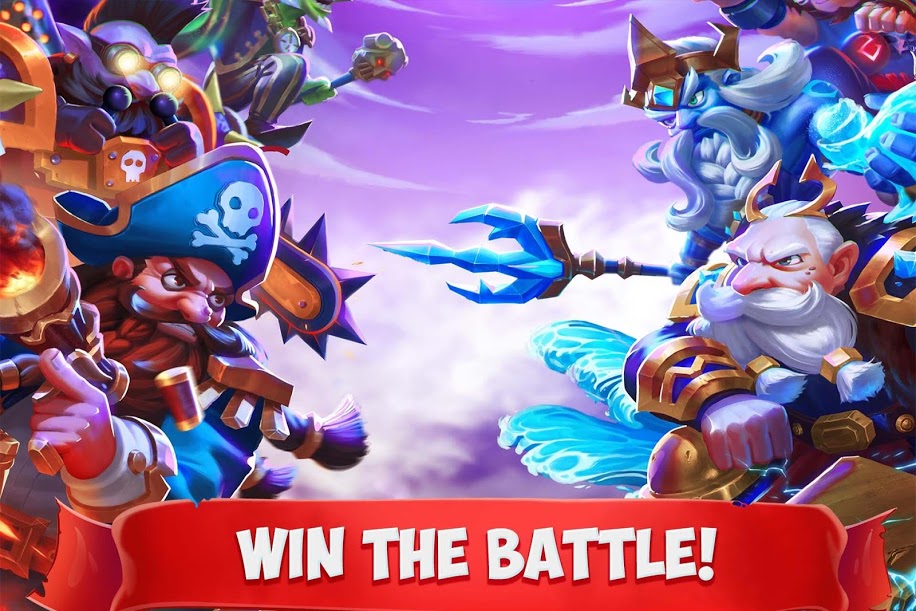 Epic Summoners, available now on iOS and Google Play, is an idle RPG where players must summon and train the ultimate squad of monsters to crush their opponents in battle & reap the spoils of war.

The best way to become a strong Summoner is to get hold of as many keys as you can. Keys let you unlock new champions and monsters to put in your squad, some rarer and stronger than others. Each hero has a role, such as tank, support and damage dealer.

The element of strategy in Epic Summoners is one of the things that makes it such a great game. You have a front, middle and back row – each row plays a different role in battle. For example, enemy champions are more likely to attack the front row. It means that, even with the same selection of heroes, there are an almost limitless number of strategies you can use to defeat your enemy.

But simply summoning heroes isn’t going to get you anywhere fast. After all, what good is a champion without good gear? To upgrade your heroes and get the best gear, you’ll need to work your way through the PvE stages. The great thing about being an idle RPG is that you can leave your team auto battling and come back to collect your loot. When you’re ready, you can conquer that stage and advance to the next one.

The more difficult the stage, the more EXP, gold and soul shards you’ll get by battling and the equipment dropped will be stronger. Use your loot to upgrade your character’s ability and gear so you can defeat the enemies in higher level stages.

When you fancy yourself as an Epic Summoner (excuse the pun) you can head into the PvP pit and test your strength against other players around the world. The PvP mode gives players a constant challenge, keeping you coming back even when you’ve mastered the campaign.

Aside from the heroes, the gear and the battles there are lots of other places to explore. From the Expedition Airship and Battle Arena to the Wishing Pond and Magic Ladder, the game world is enormous and there’s so much to do. Luckily a tutorial eases you into the world of Epic Summoners and gives new players a much needed helping hand.

Fans of idle RPGs and team-based battle games will love Epic Summoners. With beautifully designed characters and a massive amount of content to enjoy, it’s a game that’ll keep you hooked for a long time.